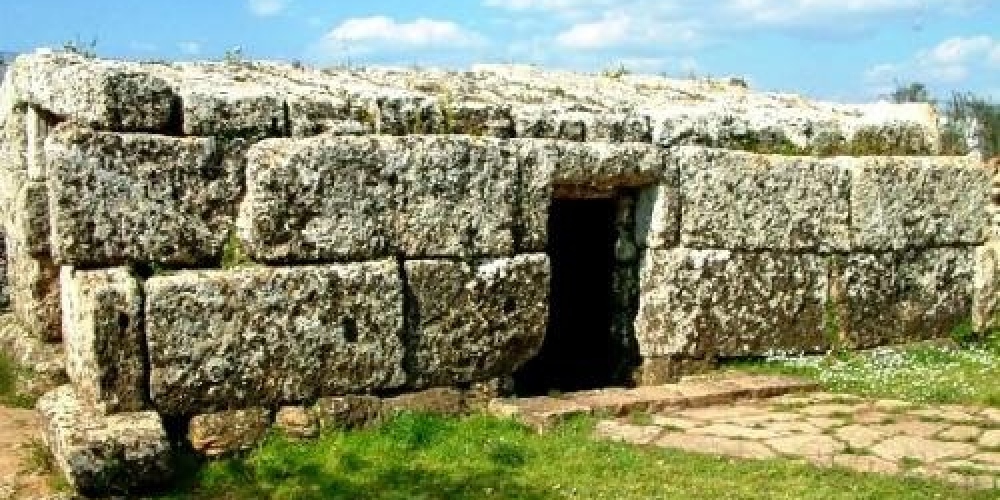 An ancient people who left a lot of amazing monumental traces.

The Messapii were the inhabitants of the southern part of Iapigia (Apulia) and  they were different from the Peuceti (land of Bari) and the Dauni (land of Foggia). No one knows where their name comes from. Apparently it means "people between two seas".

Herodotus remembers them as a united and compact population, both ethnically and culturally; in a passage of his writings the Messapii are called descendants of the Cretans, who reached the coast of Salento, mingled with the existing populations, thus founding the first towns and bringing practices and customs which distinguished the Salentinians from other populations.

According to modern historians, however, the Messapii were an Illyrian tribe, as we can infer from the geographical names, the glosses and the language of the Messapian inscriptions found in Apulia. Possibly they arrived in Otranto around 1000 BC, as the point closest to Albania, and then down to S. Maria di Leuca and finally up to Taranto.

We know the Messapian language, belonging to the Indo-European family, from a considerable number of public, funerary, votive and numismatic inscriptions which were found mainly in Apulia, especially in Salento, written in Messapian alphabet, the same used for the Greek of Taranto. However we don't know much about it, or rather, we can read it but don't understand why its symbols, similar to the Greek ones, form words we do not know the meaning of.

As far as our area is concerned, Capo di Leuca, the most important Messapian centre is famous Vereto.

Vereto is an ancient Messapian town not far from Patù. Situated on the hill with the same name, it was an important centre for trade, both with Greece and  Magna Graecia. It became a Roman municipium and  was razed by the Saracens in the ninth century. Monumental traces are left of this centre.

All scholars agree that the site currently occupied by the church of the Madonna of Vereto, was the centre (the Acropolis) of Messapian Vereto, both of the Roman and medieval town.

As a matter of fact Vereto can't be described as a Messapian town, but as an actual district of Vereno, thus meaning a vast area in which a very powerful centre exercised its authority on the region, turning them slowly into military outposts and warehouses for supplies or absorbing them gradually into its orbit until they disappeared. Only in this way you can explain, for example, the astonishing array of Messapian barns in the very centre of Morciano, Leuca's ancient history with the cave of Porcinara and, finally, the existence of a mighty wall on the north-western outskirts of Morciano.