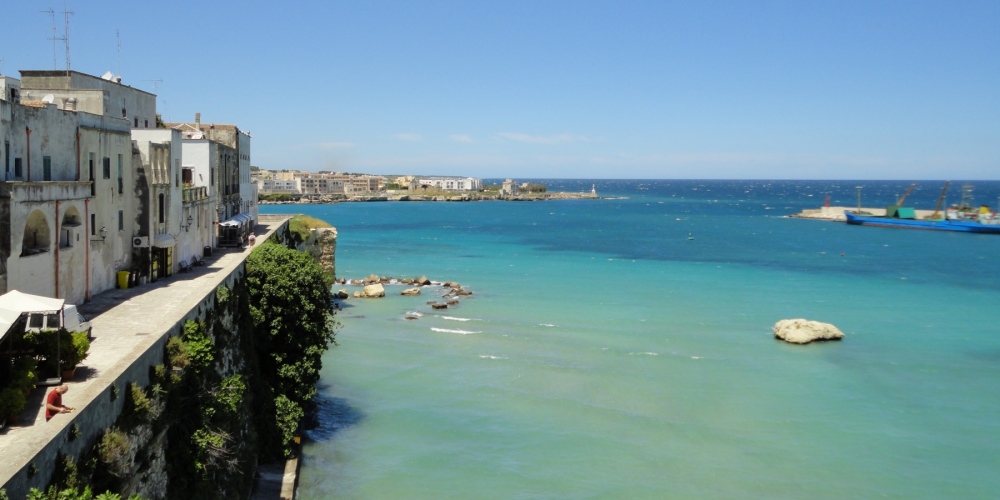 The "Gateway to the East", the easternmost town of Italy, full of charm and history, surrounded by enchanting places.

Do not miss a walk in the narrow streets at sunset, after a day on the beaches nearby

Otranto, also called "Gateway to the East”, faces the namesake Canal between Apulia and the Balkans. It is also known to be the easternmost town and territory of Italy, and the first to greet the new year, so that every New Year an event called "Dawn of Peoples” is expressly organized. On clear days you can even see the mountains of Albania.

Otranto shows its fascinating and sunny side to all visitors, full of the eastern charm coming from its history. Founded by Greek colonists, it was a Roman municipium until 757, then it was ruled by the Lombards, the Byzantines, the Angevins and the Aragonese. It was disputed by the Turks, who invaded it in 1480, and ruled for only one year, however, deeply affecting its culture and appearance, also in the following centuries.

Even today, the historic centre of Otranto remains intact, very lively both during the day and at night. You should visit the Cathedral, completed and opened to worship in 1088: thanks to its imposing size it’s the largest church in Apulia. Its facade was rebuilt after the Turkish invasion and its floor mosaic made in the twelfth century, and now completely restored, has an inestimable value. Inside there are the remains of 800 martyrs killed by the Turks during their invasion.

The symbol of Otranto is the Aragonese Castle, with its towers, ramparts and walls. After the invasion the town was greatly strengthened to defend it from enemy attack. The old town is lively and pleasant, with its narrow streets made of stone, winding snakewise among the houses, now used mostly to host small shops and gastronomic activities.

The surroundings of Otranto are just as worthy of a visit and offer the opportunity to relax in beach resorts which have become very popular and fashionable. Let’s see them at a glance: