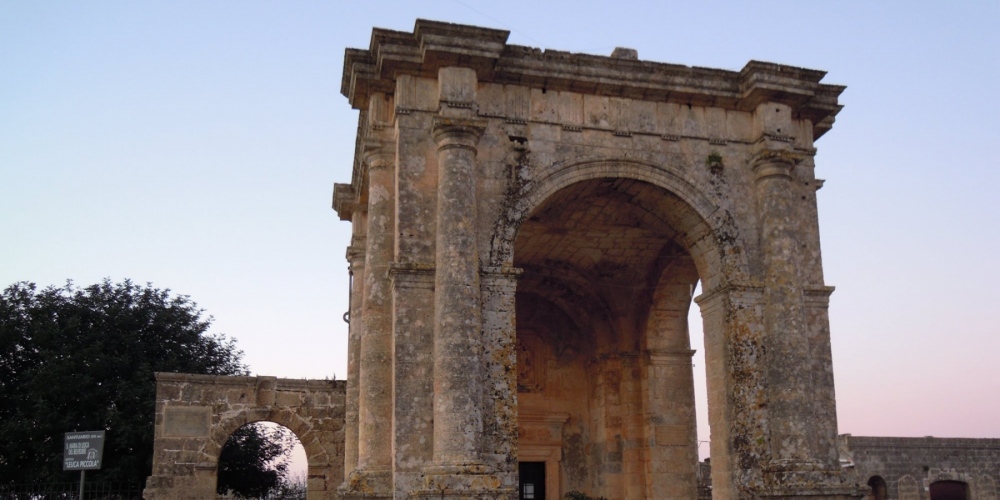 An ancient and well-preserved rest for pilgrims, a glimpse into the life, religion and wisdom of the past.

Do not miss: the Church of S. Maria di Leuca del Belvedere with its precious frescoes.

If you venture a few kilometers inland, you will reach the community of Barbarano del Capo where you will come across the magnificent Sanctuary of Santa Maria di Leuca del Belvedere, commonly known as Leuca Piccola. As an ancient resting place for pilgrims, beautifully preserved, it grants a glimpse into the life, religion and wisdom of the past. Its name comes from the pilgrims stopping there in times past on their way to the Sanctuary of Santa Maria di Leuca "De Finibus Terrae".

Father Annibale Capece, whose baronial coat of arms with a rampant lion appears above the entrance of the church of S. Maria del Belvedere, built the complex between 1685 and 1709 on the road from Lecce for the pilgrims who went to Leuca and needed shelter and refreshment. Not only did this structure have a space for worshipping, but also to offer rest and refreshment to people and animals.

The gem of the site is the Church of S. Maria di Leuca del Belvedere, renovated in 1988, which exactly reproduces the Basilica di Leuca as it was in 1685. Precious frescoes embellish the walls and the ceiling, featuring the simultaneous presence of saints belonging both to the Latin and the Greek traditions.

From the courtyard you can enter the cellars, in the walls of which bunks were created and separated from one another by rock partitions. In the same spaces fresh water from three wells quenched for centuries the thirst of pilgrims coming from Italy and Europe. The refreshment purpose of these areas is witnessed by the stone at the entrance, which reads:

Now Don Annibale Capece fecundates me
Although he once had my womb disemboweled;
Come in here, then, and be kept at least
by the shadow, the fresh air, the wine and the wave.

Finally we’d like to mention a curiosity, handed down by the village elders, confirming the wisdom from times past and the meaning of the slab in Lecce stone affixed on the facade of the inn, engraved with 10 P's: