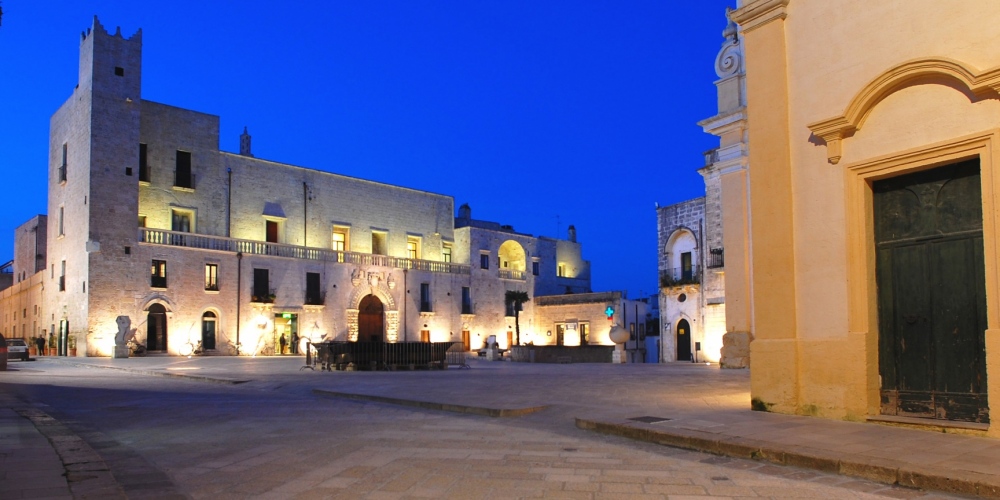 Salento is not just sea, it is much more.

Salento is a land rich in culture, monuments, archaeological remains and an ancient peasant civilization. Plunge with us into its narrow streets and discover these hidden wonders.

To discover the real Salento you must venture into the alleys of the many villages of the Capo di Leuca and beyond. The most beautiful villages, which garnered the official recognition of "Most Beautiful Villages in Italy", are Presicce and Specchia. Throughout the summer season they open their doors to thousands of tourists and organise lots of cultural events, where you can enjoy wine, food and music.

But smaller villages are worth a visit, too. There you can easily catch very fascinating glimpses of history. To discover all the villages of the Capo di Leuca you can address the group "Salento Autentico" or explore them on your own or with a guided tour. Morciano di Leuca is one of these villages and is in good company. Let's see them briefly one by one..

Some think that its name comes from the Greek 'pathos', depicting the suffering of the inhabitants of Vereto, who had been oppressed by the Saracens for centuries; others believe it comes from Verduro Pato, guardian of the granaries of the lords of Vereto. Patù was probably founded by refugees from Vereto, an ancient Messapian town destroyed by the Saracens in the ninth century, whose remains are located a few hundred metres from the city centre.

The typical historical centre is characterized by the square and the castle, a fortification of the first half of the 15th century. Under the square you can find lots of underground olive-presses.

The first settlements in this area date back to the origins of human civilization, some sixty thousand years ago. In the surrounding fields many prehistoric remains have been found and it is still possible to visit some caves that were used like shelters in that distant period. Among its more recent monuments, we remember the Church of St. Nicholas the Great, built from the eighth to the sixteenth century, which houses paintings from the 17th century and one of the most important monuments of Apulia:  the organ built in 1628 by Giovanni Battista Olgiati from Como and Tommaso Mauro from Muro Leccese.

If you wander off in the streets of the historic centre of Alessano, it won’t be difficult to find many mansions dating back to the sixteenth and seventeenth centuries, including the Palazzo Ducale San Giovanni, an imposing fortified residence, the Palazzo Pyrrega that represents what is left of the residence of the Gonzaga, completely transformed over the centuries.

There are also numerous religious buildings, including the Church Matrice, formerly a Cathedral, the Church of St. Anthony with its sumptuous Baroque altars and the Capuchin Church with its monumental altar made of  inlaid and carved wood.

Presicce was recently voted one of the "Most Beautiful Villages of Italy". The elegant historic centre is rich in churches and mansions, alternating with narrow streets, squares and courtyard houses. In its underground there’s an impressive hidden treasure, a network of olive-presses which once produced oil and where wheat was stored. The old presses and mills can still be visited today (by advance reservation).

Specchia is another gem of the Low Salento. It’s Orange Flag for the Italian Touring Club, also counted among the "most beautiful villages in Italy" and the best emerging rural destinations. A place where time seems to stand still and life keeps on flowling slowly as it did in the past, among elegant buildings, steeples and several workshops where teachers pass on crafts and traditions now lost. Definitely worth a visit! In my opinion it’s the most beautiful town of Salento.

It’s the living room of Salento where you can shop in the boutiques of the old town, stroll along the high street or relax in the cafés of the central square bearing the name of Aldo Moro, who was born in Maglie.

The Museum L’Alca, devoted to prehistory, paleontology and ethnology, is extremely interesting.

Finally, gluttonous surprises wait for you at the “Mercatino del gusto”, the Taste Market, which in early August attracts thousands of visitors with a sweet tooth.

The heart of the village is Palazzo Comi, former residence of the local poet Girolamo Comi. Nowadays it’s an active cultural centre, run by the Province of Lecce. Not far away from here the Capece Castle looms up, built in the sixteenth century and adorned with a crenellated tower.

The small Lucugnano is known for its precious terracotta artifacts, a typically local craft, which are the main feature of the festival traditionally held on the 1st of August.

Tricase is a pretty town of Capo di Leuca situated on the eastern stretch of the coast of the Low Salento. It arose from the union of three buildings, which formed an alliance to face the attacks of the Saracens. The beautiful Church of St. Michael the Archangel and the Castle of the Princes Gallone stand out in the maze of the old town. On the road leading to the seashore of Tricase Porto there is one of the oldest trees in Italy: the Vallonea Oak, 700 years old, which has been declared a botanical monument. Also notable is its marina (Marina Serra, the Piscine, etc.) with cliffs, turquoise sea and several bays.

Ugento is a small gem, full of palaces, churches and convents, and is dominated by a large castle. Ancient Messapian town and Roman municipium bearing the name of Uxentum, during its history it was attacked by Saracens and Turks and has been an important episcopal seat since the eleventh century.

Castro, with its beguiling atmosphere, its generous nature, its scenic beauty, is one of the most beautiful and famous tourist sites of Salento. On one side Castro Marina, with its harbour near which there are  small caves serving as warehouses for fishermen; on the other side Castro Superiore, an ancient village in a panoramic position overlooking the sea from a long stretching hill. Here we find the castle built in the second half of the sixteenth century on the ruins of an even more ancient one, and the Cathedral, originally from the twelfth century and later modified.

Nardò is a very ancient town and is dominated by the Baroque, imposing itself in a stunning scenery in Piazza Salandra, which has often been used as a movie set. Do not miss the Cathedral, the Church of San Domenico, a true specimen of Lecce Baroque, and the Castle of Acquaviva, the town hall which you can reach by walking on the ancient paved streets.